When community garden activists of the 1970s and early 1980s clandestinely planted tomatoes, cucumber and sunflowers in abandoned backyards and on run-down lots, they probably never imagined that a time would come when city administrations would embrace urban gardening as an important “cultural, ecological and social resource”.1  Many of today’s community gardens in North America and Europe started out as squats or informal “guerilla style” gardens and were influenced by, if not a substantial part of urban social and environmental movements of the 1960s and 1970s.2  END_OF_DOCUMENT_TOKEN_TO_BE_REPLACED

END_OF_DOCUMENT_TOKEN_TO_BE_REPLACED 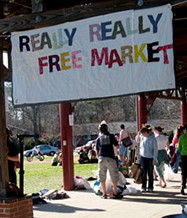 According to the capitalist lexicon, the “Free Market” is the economic system in which prices are determined by unrestricted competition between privately owned businesses. Any sensible person can recognize immediately that neither human beings nor resources are free in such a system; hence, a “Really Really Free Market” is a market that operates according to gift economics, in which nothing is for sale and the only rule is share and share alike. In the interest of not taxing the reader’s patience, a single apostrophe stands in for the two “Really”s throughout this text. Read more 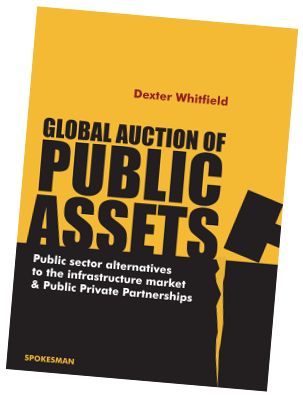 When the Mayor of Paris, Bertrand Delanoë was relected in March 2008, the vote gave him a mandate to return Paris’ water services to a public-run service. The electoral promise came after a broad campaign, triggered by rising prices, and following his re-election, the Mayor’s office announced in June 2008 that the remunicipalisation would go ahead. Water services in Paris, privatised in 1985, will be run as a single public-owned and managed company, Eau de Paris, from 2009. Read more