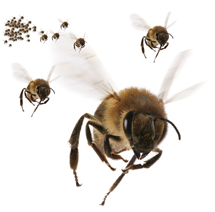 After several decades of relentless neoliberal enclosures, the idea of ‘commons’ is enjoying a renaissance amongst some neo-Keynesian economists and commentators, while political scientist Elinor Ostrom has just been award the Nobel prize ‘for her analysis of economic governance, especially the commons’. Massimo De Angelis explains why capital’s commons will always be distorted – because they are based upon social injustice – and why we can only reclaim the commons from capital by constructing common interests. Read more about the tragedy of the capitalist commons
If the cell form of capitalism is the commodity, the cellular form of a society beyond capital is the common. Nick Dyer-Witheford discusses the circulation of commons and the conditions they would create for new collective projects and waves of organising. Read more about Commonism